This area is “Hatsuse of the Hidden Country,”as described in the Manyoshu, the oldest anthology of Japanese poetry.
Hasedera Temple, main temple of the Buzan sect of Shingon Buddhism, is located in this area. It has gained the faith of many people, as it is the 8th of the 33 temples of the Kansai Kannon Pilgrimage.
The Ryokan Tanakaya is located just a two-minute walk from Hasedera Temple.

The Hasedera Temple was founded in the eighth century. Today, it has over 3000 temples and about 3 million followers throughout Japan.
Hasedera is known as the “Temple of Flowers”, mainly because of its lavish displays of cherry blossoms, peonies, hydrangeas, and maples throughout the seasons. The spectacular natural scenery attracts many all year round.
The Ryokan Tanakaya provides meals and accommodations for visitors of the Hasedera Temple. We also serve vegetarian cuisine at Hasedera Temple during events of the temple.

The Buddhist Priest Tokudo Shonin, founder of Hasedera Temple, enshrined the statue Eleven-Faced Kannon back in the eighth century.
The statue attracted many, especially female worshippers, during the Heian period ( AD794 to 1185). It is said that worshippers came as far as Shindan (China) to visit the Kannon, and prayed to the Goddess of Mercy for her blessing and favor. It is believed that
Fujiwara no Michizane, the author of “Dragonfly Diary” and Sugawara no Kojishi, the author of “Sarashina Nikki”, also visitedhere. The town of Hatsuse was formed in this history.
In the town of Hatsuse, the Ryokan Tanakaya opened during the early Showa era as a traditional Japanese hotel restaurant. Since then,
we have been treating our guests with our homemade sesame tofu and other dishes made with local ingredients. 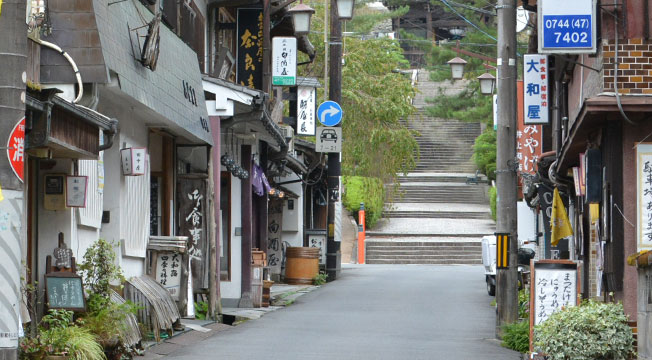 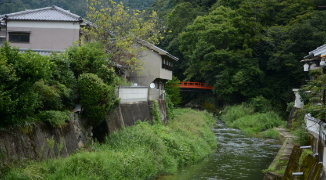 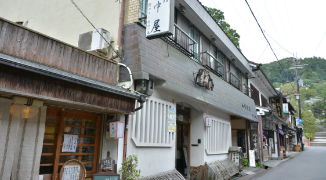 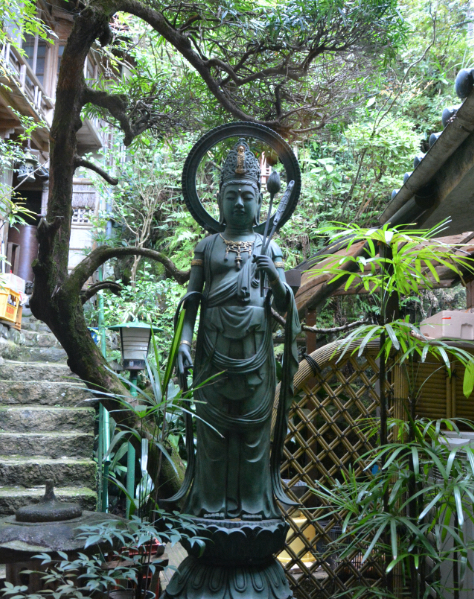 The Hasedera Temple worships the Kannon, and so do we.
A statue of the Kannon is enshrined in the garden at Tanakaya.
It is constantly watching over our guests with it gentle gaze.