Experience true pampering with comfort,
leaving behind your daily hassles and relax.

The Hasedera Temple, main temple of the Buzan-ha sect of Shingon Buddhism, was
established during the eighth century. The Ryokan Tanakaya was built later during the
early Showa era in the same town where Hasedera Temple is located. Since then, we have been deeply rooted in the temple town and the temple itself. 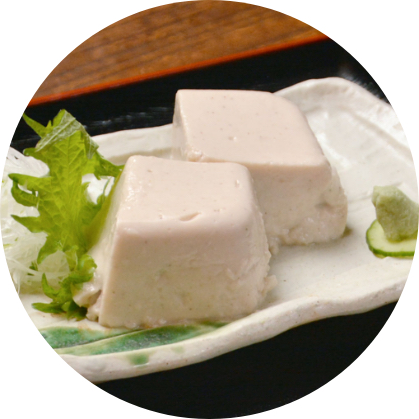 You can enjoy the local seasonal ingredients, such as vegetables, tempura, traditional tea porridge and Miwa-soumen noodles.
In particular, sesame tofu is a popular specialty of Tanakaya.

We have a parking lot next to the hotel (x spaces).

The nearest station is Hasedera Station on the Kintetsu Osaka Line, and the hotel is about a 20-minute walk from the station.